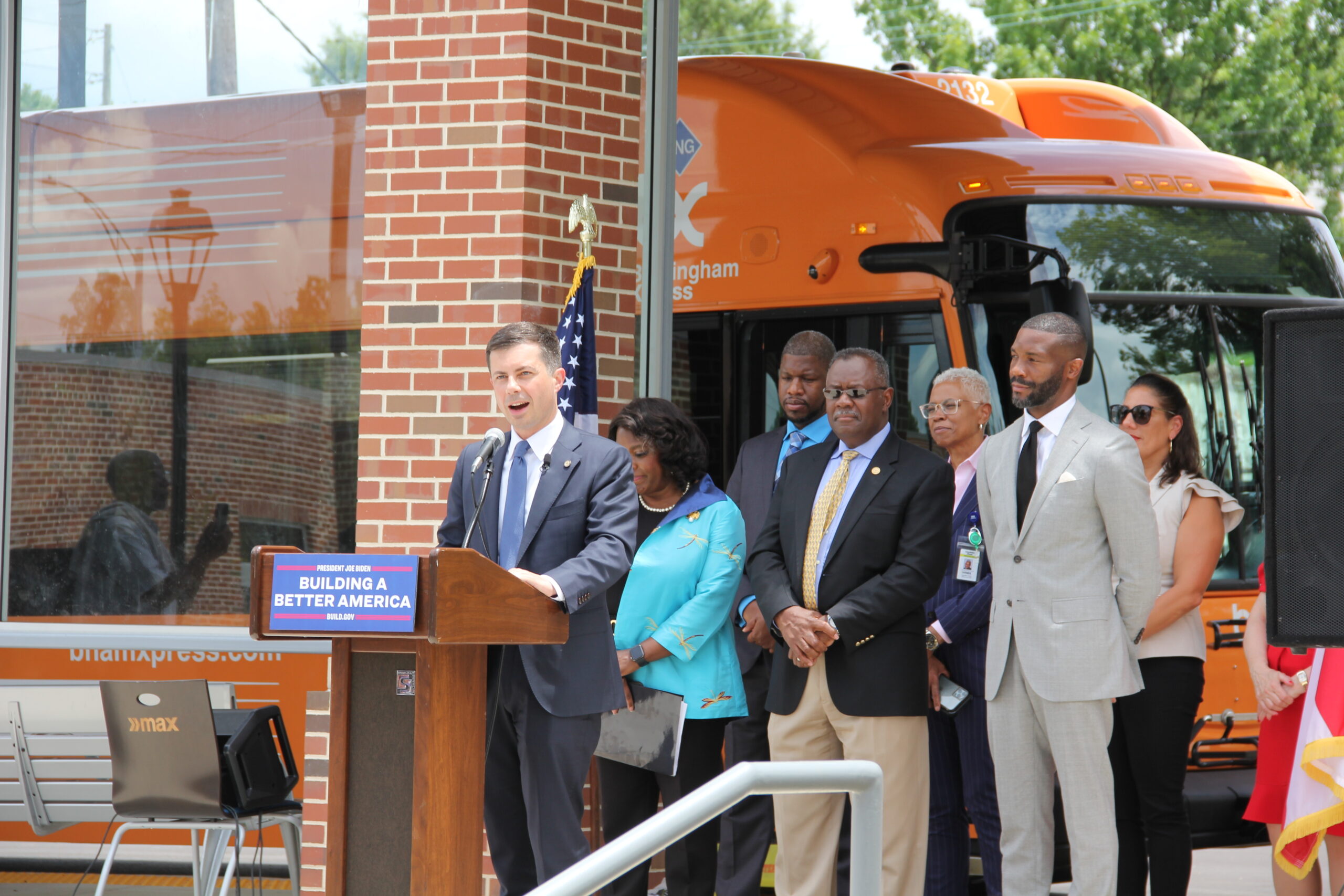 Yesterday, Woodlawn welcomed U.S. Secretary of Transportation Pete Buttigieg to the new Xpress bus rapid transit Eastern Terminal in Woodlawn. Joined by Mayor Woodfin and Congresswoman Sewell, Secretary Buttigieg recognized the progress being made in Woodlawn and the work still needed to better connect communities in our neighborhood, including Harris Homes.

While here, Secretary Buttigieg announced the Reconnecting Communities program, which will grant $1 billion to reconnect communities that were racially segregated by transportation projects. As a community that has been historically disrupted by transportation projects, we are excited for the launch of the Xpress bus rapid transit system that better connects our community to the city.

Thank you to community members who have attended discussions about public transportation in our neighborhood. We look forward to further partnership with the City of Birmingham, REV Birmingham and the Birmingham-Jefferson County Transit Authority CEO Charlotte Shaw and her team as we endeavor to build transit-oriented development adjacent to the new bus rapid transit site.