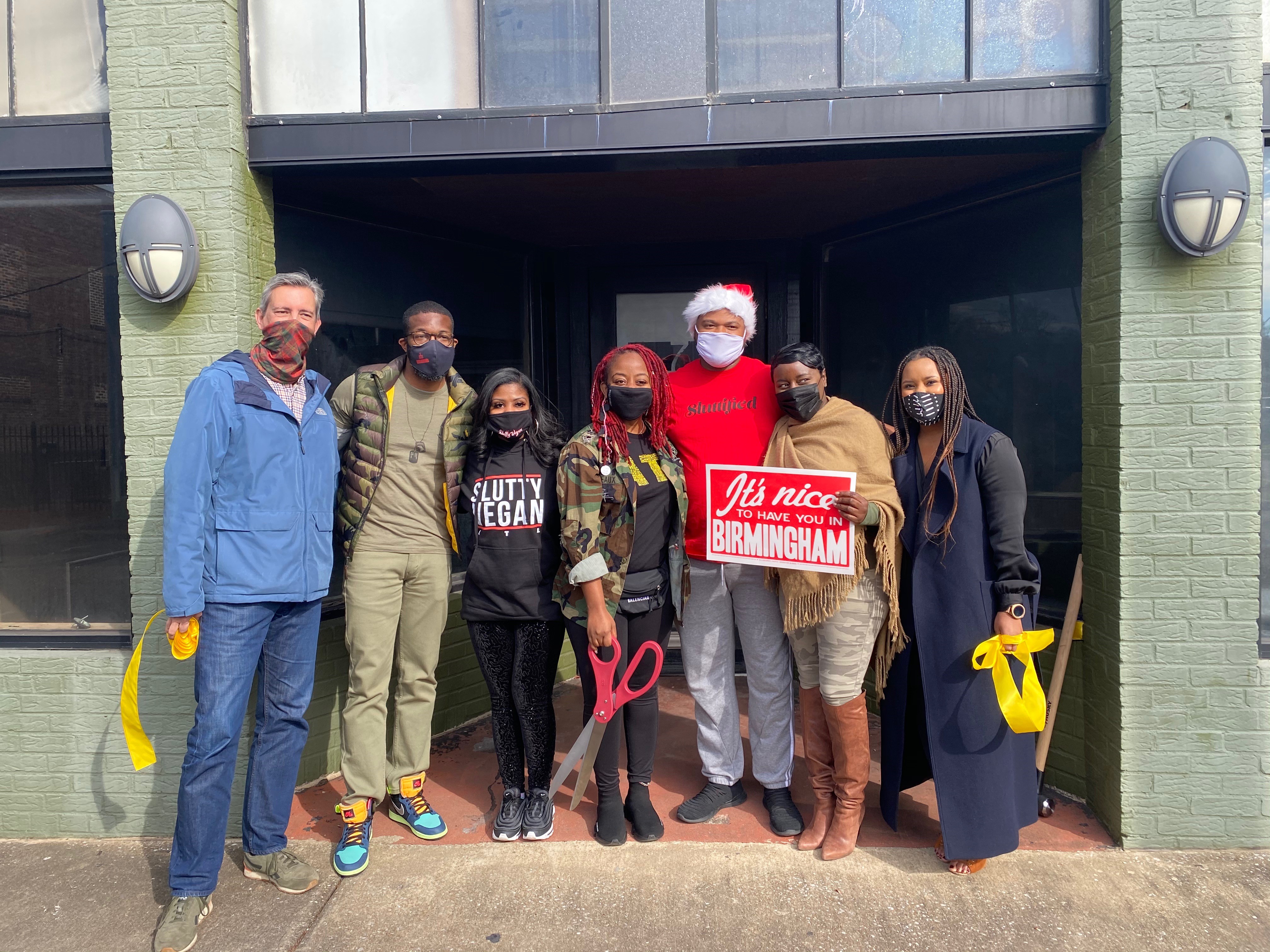 Cole purchased the building from REV Birmingham, an economic development and place-based revitalization nonprofit that also owns more commercial property in Woodlawn. REVвЂ™s property ownership strategy supports its mission to create vibrant commercial districts in two ways: (1) getting rid of blighting influences and (2) being a catalyst for a business mix that improves residentsвЂ™ quality of life and provides growth opportunity for small business owners, particularly minority/women-owned or disadvantaged business owners.

вЂњI am pleased that REV has been able to sell this property to a business owner who will bring even more personality to this vibrant neighborhood, not to mention a new healthy food option in her approachable vegan menu,вЂќ said David Fleming, REV Birmingham President and CEO. вЂњProperty ownership by a business owner builds community investment and family wealth, which is good for Woodlawn and Ms. Cole. I wish Ms. Cole and Slutty Vegan much success in Woodlawn and look forward to working with her as a community stakeholder.вЂќ
Hours after closing on the property, Cole was participating in a virtual meet-and-greet with the residents and business owners of Woodlawn.

About Woodlawn Foundation
Woodlawn Foundation was founded in 2010 to serve as the lead organization of Woodlawn United, a comprehensive collaboration of partners committed to breaking the cycle of poverty in the Woodlawn community.
The Foundation follows the holistic approach to community revitalization based on the three-point model of Purpose Built Communities, which includes a cradle to career/college education pathway, high-quality mixed-income housing, and community wellness.